Menu
You are here: Home / Water Treatment / Advanced Oxidation / What is the Best KPI to Evaluate the Efficiency of Your AOP System?

What is the Best KPI to Analyze the Efficiency of Your AOP System? 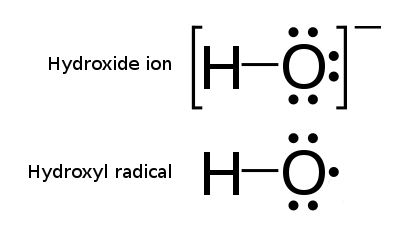 You’ve decided on a wastewater treatment system integrating an AOP system process. Well, now you’re going to need a way to evaluate your system’s performance. While it may seem to run perfectly fine, it’s difficult to really gauge how efficiently the process is running at a glance, especially an advanced oxidation process as it is typically focused on removing micropollutants from a water source.

What you need to focus on are key performance indicators (KPI). Businesses use KPIs to determine how well they are meeting their goals. However, such measurement methods can be used on wastewater treatment systems as well.

Before we get into choosing an appropriate KPI for advanced oxidation, let’s break down the definition of a KPI first. After this, we will discuss what makes a good KPI for water treatment.

What is a KPI?

The general purpose of a key performance indicator is fairly self-explanatory. It’s an important standard for measuring how well something is going. What that standard is will depend on what something is.

There are typically several elements to consider in the measurement:

Input — what goes into an activity to produce an output

Output — the result of the activity on the input

Activity — the transformation from input to output

Mechanism — what makes the activity happen

Control — constraints on the activity

Time — how long the activity occurs

Also, KPI should follow S.M.A.R.T. goals. The indicator should be Specific, Measurable, Achievable, Relevant, and Time-phased.

What makes a good KPI for water treatment?

Water treatment, as a scientific process, measurements and standards can be pretty easy to define and are exclusively quantitative. What standard is selected as a KPI will change from treatment method to treatment method as they all have different elements associated with them.

For example, let’s look at a reverse osmosis system in a desalination plant. We’ll define its elements and compare a typically used indicator to the S.M.A.R.T. goals.

Activity — passing through a membrane

Control — dependant on design specs given to an engineer

Water treatment systems are typically dependent on their mechanisms. In the case of an RO system, a pressure difference is what causes the water to pass through the membrane, consequently leaving the larger salt particles behind. So, the mechanism is often measured over time to ascertain whether the system is running at maximum efficiency.

Pressure difference will be our measurement and our standard will be the specified pressure for the RO unit. We determine that this standard of measurement is important because it is the driving force behind the process.

Now for our S.M.A.R.T. goals. Pressure is a Specific measurement to take out of all of the possible measurements that could be made of the system. Pressure is Measurable through a number of devices. The standard design pressure is Achievable, or else the engineer made some critical miscalculations. Pressure is Relevant as it is the driving force of RO, and we can measure it over time to compare the initial operating conditions to those months down the line.

With that example completed, we can look at how we can apply this method to the advanced oxidation process (AOP) to determine the best KPI.

What would be the best KPI for an AOP system?

As we did with RO, we’ll define the elements of an AOP system, and select one or more to be our quantifiable measurement and then compare it to the S.M.A.R.T. goals.

Lastly, we’ll discuss what our chosen KPI could tell us about the performance of the AOP system.

Control — dependent on design specs given to an engineer

Based on how we defined our elements, in order to comply with our S.M.A.R.T. goals, it seems that the mechanism, hydroxyl radicals, is our best choice. We can measure their concentration. Our other elements are a bit too broad, so they do not meet the Specific requirement of the S.M.A.R.T. goals. And if they are not specific, in this case, they are not Measurable. They also are not Specific enough to be considered Achievable, if we cannot determine a quantifiable goal. They are Relevant, but if they are not Measurable they can’t be Time-phased.

It deserves mentioning that some of our element definitions could have each had multiple components to them.

Activity could have also included disinfection for some systems, but not all AOP systems act as disinfectants, and oxidation is the primary purpose of these systems.

The mechanism can include oxidants like ozone, hydrogen peroxide, and UV. However, the radicals are the defining oxidant of an AOP system. Residual peroxide could say something about efficiency, and UV radiation levels could tell you that there are changes in levels of suspended or UV absorbent materials. However, one or the other may not be used in one system versus another and may not say as much about application removal efficiencies.

So, what about our radicals?

Changes in the concentration of •OH can tell operators how efficiently the radicals are being produced or used. Decreased concentrations could indicate that doses of whatever oxidants are being used are low. That could also indicate high levels of radical scavengers. Also, if radical concentrations drop, that means the efficiency of the AOP system is going to be reduced.

•OH concentrations can be measured either directly with specific equipment, or indirectly by measuring levels of radical scavengers.

In short, based on comparisons of KPI elements and S.M.A.R.T. goals as well as the information that can be gathered by changes in concentrations, hydroxyl radicals are the best KPI for advanced oxidation processes.

Want to know what your KPI says about the efficiency of your AOP system process? Want to know what other KPIs you can use? Give Genesis Water Technologies, Inc. a call at 1-877-267-3699 or email us at customersupport@genesiswatertech.com for a free initial consultation to discuss your application.

The importance of clean water, a foundation for green hydrogen energy production

The importance of clean water, a foundation for green hydrogen energy production …

The importance of clean water, a foundation for green hydrogen energy production

The importance of clean water, a foundation for green hydrogen energy production …