What is the Environmental Considerations of a Sea Water Treatment Plant? 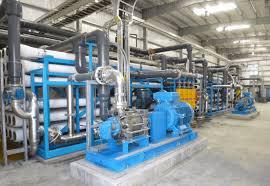 A sea water treatment plant was designed as one of the solutions to the recent water scarcity problems. Fresh and drinkable water isn’t easy to find in some places. As the world’s population grows and industrial production increases, even the largest of the world’s freshwater sources can eventually become strained. Therefore, desalination is meant to expand our sources of water across the world.

As with any technology and/or process, there are implications that must be considered with regards to the environment. Many newer designs are promoted with the intentions of improving on an environmental issue encountered with past designs.

However, there are often negative side effects from these new designs on ecosystems as well. Some effects can be circumvented with considerate design, additional technology, and/or processes.

A sea water treatment plant is one of the world’s solutions to water scarcity. However, it also has its own possible environmental concerns. Of course, there are ways to reduce or negate those effects.

Below, we will look at three causes for concern in a sea water treatment plant and discuss the ways they can be avoided.

Before treatment of seawater can even begin, it has to actually be pumped in from the ocean or a beach well. The easiest way to draw in ocean water is directly.

As everyone knows, the ocean is filled with marine life of all sizes. Remember the scene in Finding Nemo when the aquarium fish are attempting to escape to the ocean? Nemo, the smallest, shimmies his way up the pipe into the filtration unit and nearly gets himself killed. Now imagine a much larger group of fish and even smaller creatures within the vicinity of a pump sucking in thousands or millions of gallons of water a day.

These sorts of intakes can displace and cause harm to local marine life via impingement or entrainment. Larger fish and organisms can become trapped on the intake screen while smaller organisms can get sucked into these intakes piping.

It is difficult to tell exactly what effects this has on the marine ecosystem at large, but unnecessary injury or death to marine life should be avoided at all costs.

To minimize damage to any marine organisms, one of the simplest solutions would be to remain cognizant of the location of the intake suction lines. Ideally, this would be in an area with a lower population density of marine life.

There are also design and technological measures such as low-velocity intakes, increased recovery, physical barriers, and behavioral deterrents. These measures can minimize ecological impact potentially caused by a sea water treatment plant.

In addition, increasing the recovery rate based on the seawater salinity source would decrease the required seawater intake volume. Physical barrier deterrents like air bubbles, or strobe lights could keep marine life from wanting to go near the intake.

When I was in high school, I took a marine science course. Our rather eccentric teacher decided to invest in a saltwater fish tank for the class. That particular teacher ended up retiring before the semester was over, but before he left, all the fish in that tank died.

Saltwater fish tanks are notoriously difficult to maintain because the salinity of the water cannot drop too far below or above 3.5%. Many marine organisms are extremely sensitive to such changes in their environment. The ocean happens to be self-regulating, but local salinity can be influenced with large amounts of concentrated brine water, especially in areas with slower moving currents.

After desalination, a brine concentrate is left over with a salinity twice as high as normal ocean water. The easiest way to dispose of it would be to simply return it to where it came from, the ocean.

But in many cases, simply dumping it all in one location could cause imbalances that can harm wildlife.

Care should be taken when discharging reject brine water back into the ocean. The main issue is with poor mixing areas with slow currents. To combat this, solutions such as specialized multi-port diffusers are utilized. These diffusers would be added to the discharge system, and are specifically designed and tested to dilute the concentrate over a wide range of ocean area.

Other options to handle this brine concentrate if available, could also be diluting with treated wastewater discharge from treatment plants or cooling water from power plants based on seawater treatment plant location.

For more information about some of the possible impacts and solutions for seawater desalination intakes and outflows, have a look at this report from the Pacific Institute from 2013.

Unfortunately, I don’t have an anecdote for this one. It’s pretty straightforward, really. When dealing with underground pipes there is always a chance that they will leak, and when subsurface pipes leak, whatever fluids they are carrying (and any subsequent contaminants) can penetrate through to groundwater sources. In the case of desalination plants, leaks could result in higher salinity groundwater.

Not only could groundwater be affected, but if the pipes happened to pass underneath any plant life, the salts could affect the soil composition, This could cause harm to vegetation by impeding their absorption of water.

Preventing such things from happening is pretty standard for any treatment systems that have underground pipes. Sea water treatment plant personnel should make sure to monitor for potential leaks and respond accordingly.

Looking for a seawater treatment plant, but are concerned about the environmental implications? Contact the seawater desalination experts at Genesis Water Technologies, Inc. at 1-877-267-3699 or reach out to us via email at customersupport@genesiswatertech.com for a free initial consultation to discuss your particular project details.

Previous Post: « What is the Significance of Pretreatment for Industrial Reverse Osmosis Water Treatment?
Next Post: Is Ocean Desalination a Sustainable Solution for Meeting Potable Water Needs in the US and Around the Globe? »