The Long Island Lie: Emerging Contaminants Tainting Drinking Water and the Company with a Solution 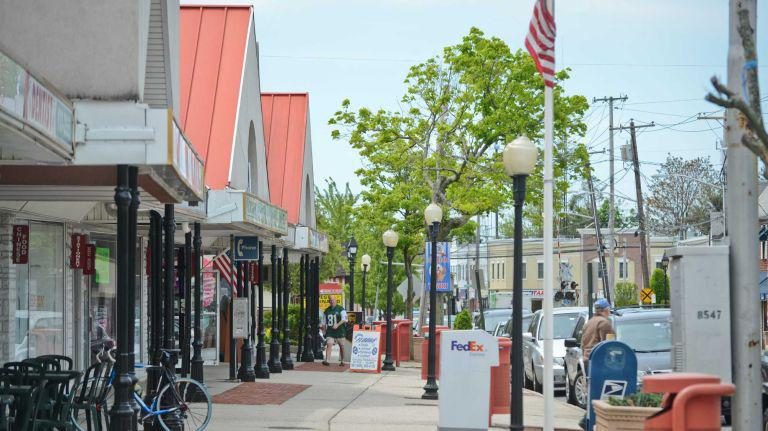 When Grumman partnered with the U.S. Navy to establish a manufacturing, research and testing facility in Bethpage, N.Y. nobody would have anticipated the challenges that would plague the greater Long Island community some eighty-years later. Established on a sprawling 600-acre plot in the late 1930s, the facility aided in providing the United States military with means to defend the freedom of lady liberty. Unfortunately, like many victories, this came at a cost.

The affects of war struck home in numerous ways, but little did the residents surrounding the sprawling facility know, their health would be directly deteriorated at the hands of protecting freedom.

By 1949, the groundwater just south of the facility was discovered to be tainted with the heavy metal Chromium.

By the late 1970s, concerns over the scale of impact brought forth by the Grumman facility swelled as several of its wells tested positive for organic chemicals.

In 1983, the government was convinced that the contamination brought forth by the Grumman plant was too hazardous to ignore leading the facility to be added to the state’s hazardous waste Superfund list.

It was in 1986 that the Nassau County Department of Health and U.S. Geological Survey study ultimately revealed that a contamination plume, of that time shallow in nature, was moving south and southeast of the facility.

Finally, in 1996 manufacturing at the now Northrop-Grumman facility ceases. However, a looming enemy of the community would continue to grow as it slowly extended its reach further.

The dawn of the new millennium brought forth a proposed cleanup plan for the shallow contamination plume by the NY State Department of Environmental Conservation. Unfortunately, little action was ever taken to execute the plan. However, a deeper, more contaminated plume was discovered coming from the Bethpage Community Park area in 2009. It was at this time that the New York State Department of Health began investigating cancer cases within the Bethpage community under the suspicion that they may be linked to the groundwater contamination caused by emerging contaminants initially linked to the Grumman and Navy manufacturing sites.

As suspicions began to mount, radium was discovered in a drinking well within the Bethpage Water District in 2013. However, 2017 put the community on high alert when levels of radium were found in groundwater wells that served two local area schools. Soon after, documents surfaced revealing the use of radioactive materials at the manufacturing facility, which prompted the New York DEC officials to investigate the usage of radioactive materials further. In December of the same year, the U.S. Navy agreed to pay $6.78 million to assist in the financing of upgrades to the Bethpage Water District. Despite the Navy’s efforts to assist in the financial burden brought forth from its operations, Gov. Andrew M. Cuomo released a statement implying that the state of New York was willing to contribute $150 million to alleviate the affects of the plume.

The year is 2019, and the time has finally come to act and resolve the impacts of the hazardous plume that has been plaguing the residents of Bethpage. In addition, water quality has deteriorated as emerging contaminants such as 1,4 dioxane and Poly-fluoroalkyl substances (PFAS) were found in more than 280 municipal wells across Suffolk County, NY with elevated levels indicated in well water testing data.

“We need to invest in clean, safe drinking water”, Gov. Cuomo stated in his annual budget address. Cuomo, who pioneered a $2.5 billion proposal to improve water infrastructure throughout the state, has been hailed as a hero by water officials on the frontlines of the battle.

This program was constructed under the Clean Water Infrastructure Act, as a means to devote necessary state funding to water infrastructure projects on Long Island that had been overlooked for far too long.

Cuomo used the toxic groundwater plume near Bethpage as a frontrunning cause to insight support for his program.

“This discussion has gone on for a decade”, Cuomo stated in his budget address. “It is a toxic chemical that is moving through Long Island, steadily moving towards the coast. It is poisoning the wells as it goes … Grumman doesn’t want to pay for it, the Navy doesn’t want to pay. Let us say we’ll do the remediation and then we’re going to sue you to get the money back.”

The governor has received support from many of his colleagues within the state. State Senator Todd Kaminsky (D-Long Beach) commented regarding the matter, “I think the governor is absolutely right that the LI aquifers are in danger, so I appreciate his aggressive action in that area.” State Senator Kaminsky also serves as the chairman of the Senate Environmental Conservation Committee.

Now that funding has finally been secured to finance a solution, local municipalities, water districts, and the Suffolk County Water Authority (SCWA) have the capability of partnering with innovative water treatment engineering firms to ensure that the contaminated wells are treated appropriately before this water makes its way to their citizens drinking glasses.

One company has called upon the Bethpage Water District, surrounding municipalities and SWCA to assist in helping in these critical issues of emerging contaminants facing these organizations.

Genesis Water Technologies, a global leader in engineering specialized water & wastewater treatment solutions, has proposed the incorporation of its proprietary technology to be retrofitted and integrated into the contaminated municipal wells. These specialized solutions include modular electrocoagulation and advanced oxidation systems designed to be integrated into existing treatment processes to mitigate the risks of drinking water contamination. Based on published testing data, in additional to the Bethpage, NY groundwater contamination, there are over 280 municipal wells affected by the emerging contaminants such as 1,4 dioxane and Perfluorooctanesulfonic acid (PFAS) among potentially others in Long Island.

Engineers within Genesis Water Technologies believe that the integration of its proprietary modular Electrocoagulation and Advanced Oxidation Systems are vital to successfully serve the residents of Long Island.

But, how would this simply eradicate a problem that has been plaguing the community for over eighty-years? This is how it works as part of a treatment solution:

“As water passes through the electrocoagulation/electroxidation cell, multiple reactions take place simultaneously. First, a metal ion is driven into the water. On the surface of the cathode, water is hydrolyzed into hydrogen gas and hydroxyl groups. Meanwhile, electrons flow freely to destabilize surface charges on suspended solids and emulsified oils. As the reaction continues, large flocs form that entrain suspended solids, heavy metals, emulsified oils and other contaminants. Finally, the flocs are removed from the water in downstream solids separation and filtration process steps.”

While the science may seem complicated, Genesis Water Technologies is certain that the process of electrocoagulation and advanced oxidation is the right step in solidifying a prosperous future for Long Island’s next chapter in water treatment.

The benefits of using specialized GWT Electrocoagulation and Advanced Oxidation systems are bountiful. Not only do these integrated system treat the primary contaminants found within the affected groundwater, but they are optimized to handle certain contaminants compared to other water treatment methods. The operational costs associated with these systems are optimized based on the water source. These systems provide minimal sludge production, further reducing the associated maintenance costs. The proprietary modular design provides the municipality or organization with the ability to retrofit these systems into existing treatment processes to optimize treatment performance.

Innovation in water, the mission statement of Genesis Water Technologies, embodies the company’s promise to constantly engineer water treatment systems that are at the forefront of our industry for being both environmentally friendly and sustainable. The company embraces the state of New York’s goal to be the most environmentally friendly state in the nation, and has a track record for exceeding the expectations of all municipalities and organizations it serves.

Although Gov. Cuomo has proposed the $2.5 billion improvement for the state of New York, it is believed that their may be a cap on budgetary funding allocation for each community, which is expected to be finalized in the near term. Communities will have the opportunity to apply for the newly allotted drinking water infrastructure funds; however, if this cap is enforced residents are again skeptical that any noticeable improvements will be made.

“The treatment costs would certainly be in excess of that amount”, voiced Ty Fuller, chairman of the Long Island Water Conference. Fuller later elaborated, “that in our view needs to be changed … or maybe scale the grant limit to the population level served.”

Genesis Water Technologies is aware of the challenges that may face the local municipalities, water districts and water authorities of Long Island, NY in the near future. The company is committed to serving the communities effected, leveraging specialized expertise to supply long-awaited results to the residents of Long Island. Working together with local municipalities, county officials and the Suffolk County Water Authority, the company can offer consulting and pilot testing, tailoring each system’s design to ensure replicated results for the benefits of the residents on LI.

The truth is finally out, Long Island carries a toxic 4-mile-long by 2-mile-wide groundwater plume beneath its quaint surface in one area with other areas of LI testing positive for emerging contaminants in municipal groundwater wells. This is becoming a more widespread and serious issue.

There’s one company seeking to be part of a comprehensive solution that will finally address these issues of municipal groundwater contamination across Long Island, NY and in municipalities facing similar groundwater contamination caused by these emerging contaminants across the USA. A company that has a reputation for being a global leader in designing and integrating advanced water treatment systems, Genesis Water Technologies.

You can also reach us via email at customersupport@genesiswatertech.com for a no cost initial consultation of your particular application.