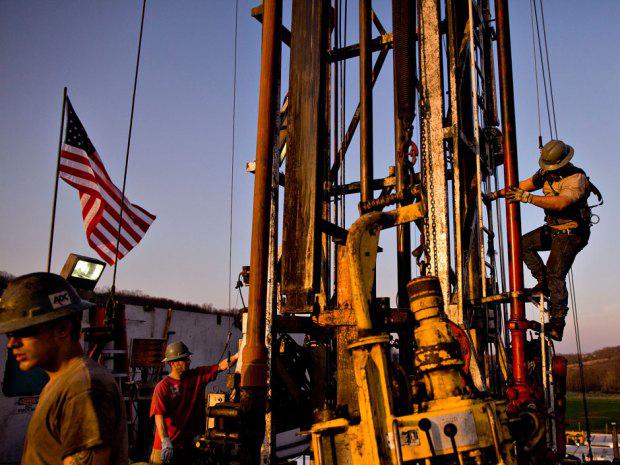 In the oil and gas industry, water and wastewater treatment comes into play in drilling operations and in the refinery process. UF water treatment systems are used in tertiary process applications in these industries to assist oil/gas operators and refineries to obtain suitable water for produced water reuse for fracking operations or sustainable discharge.

Drilling for oil happens both on and off-shore. The extraction process involves drilling a hole beneath the surface of the earth (the seafloor for offshore wells) down into the oil reservoir zone of the earths crust. Initially, the pressure built up in the oil reservoir is enough to force it up naturally for a time. This extracts up to 15% of the oil in the well. Following that, the pressure below is no longer sufficient and therefore, pressure is induced by injecting fluids or gases to continue forcing the oil out of the well head. Up to 35 to 45 % of the oil has now been recovered. Another 10 to 15 % of the oil is extracted in a tertiary stage that uses steam to heat the oil and reduce its viscosity, making it more mobile.

After the crude oil has been extracted from the earth, it now needs to be refined into the products that humans can use. The science behind the refinery process is a bit complex, but it boils down to a multi-step distillation process. This process separates the oil into its component parts by heating it. Each different component has a different boiling point, and they separate out within the distillation column with the lowest boiling points at the top and the highest at the bottom. The components are drawn out from their layers and sent off for further refinement.

Both extraction and refinement processes use water in some capacity. The wastewater produced from refineries and the produced water brought up from oil wells contains varying levels of oils, grease, salts, heavy metals and hydrocarbons among other contaminants. In the effort of water treatment for meeting environmental discharge regulations or standards for wastewater reuse, effective and sustainable treatment technologies are required.

First, let’s identify and review a few of the commonly seen pollutants in produced water and refinery waste water.

As mentioned previously, produced water is a product of oil well drilling operations. It tends to pick up whatever was in the oil and surrounding soil. The operators of these well drills cannot simply dump the produced/flow back water anywhere, especially for offshore operations as the pollutants could cause serious environmental harm. In onshore oil fracking operations, produced water cannot typically be sent down an injection well due to environmental regulation, it typically must be trucked offsite or reused. Reusing produced water is much more economical for oil well operators as they can treat the produced water of multiple oil wells via a recycling operation to provide treated water for their next fracking job.

UF water treatment systems are utilized typically in the tertiary stage of a multi-step treatment process to remove trace suspended solids and oil/grease levels from the treated water to be available to handle the water needs of subsequent fracked oil wells.

Because refinery processes involve heating, there are cooling towers in place to compensate for this. It is important for the proper and effective functioning of these towers that the feed water be free of debilitating contaminants like scaling minerals, corrosive chemicals, iron, and organic matter. Treatment systems can use UF water processes in the tertiary stage to remove suspended solids/turbidity, trace oil/grease, and color in the feed water. This reduces the potential for colloidal fouling in later process steps like ion-exchange or reverse osmosis.

The pre-treatment of cooling tower feed water keeps the system working at maximum efficiency for as long as possible. UF water systems in conjunction with technologies such as oil/water separation, centrifugal filtration, electrocoagulation and clarification is what keeps the treatment system working in the same way.

The above examples are just two of several ways in which UF water treatment systems can be utilized as part of a treatment process to provide oil and gas companies with effective an efficient water treatment solution that meets their needs.

Are you an oil & gas operator or do you have oil refinery operations, and you are looking to use optimize or solve your water treatment issues?

A UF water treatment system could be a potential tertiary treatment process that would benefit your operations. Contact the water treatment experts at Genesis Water Technologies, Inc. at 1-877-267-3699 or reach out to us by email at customersupport@genesiswatertech.com to discuss your potential application.

Previous Post: « UF Purification versus Microfiltration, Which Process To Choose For Your Application?
Next Post: How does GWT Solve Problems of UF Water Purification to Optimize this Process? »