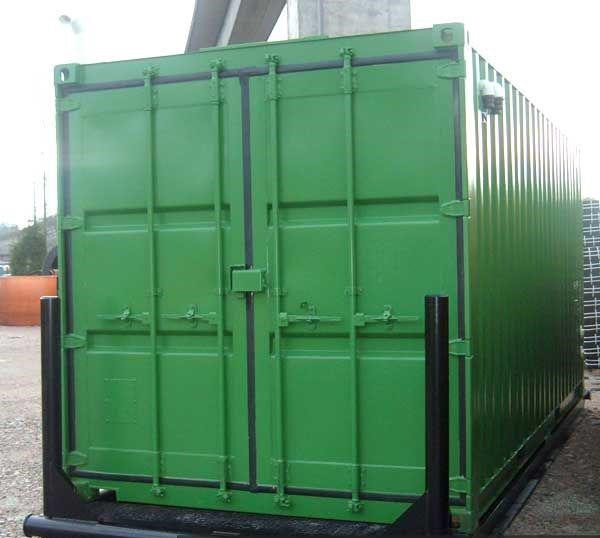 In this article, we will discuss recent natural disasters worldwide, their immediate effects on drinking water availability, and how to strategically deploy and use innovative portable and containerized electrocoagulation units for emergency water treatment to provide your citizens with clean water.

Nature is a truly powerful force, one we could never hope to combat, only recover from. Throughout recent history, natural disasters have placed their mark across the world from hurricanes and typhoons to earthquakes, volcanic eruptions and forest fires.

Over the last year, natural disasters were happening all over the world:

The southeast coast of the United States was battered by hurricanes named Florence and Michael in September and October respectively, and the northeast of the US was hit by a bomb cyclone and recently cyclones hit Southern Africa causing mass casualties.

These events, had a combined death total of over 2000 people due to extreme flooding. Thousands were left without power after power station failures and roads became unnavigable for days afterward. Floods also swept wastewater, coal ash, and farm manure into nearby rivers contaminating water supplies.

Islands of Hawaii were hit with a tropical storm and volcanic eruptions recently. During the eruptions of Kilauea, luckily there were no reported deaths, but many homes and buildings were destroyed and clouds of ash were sent thousands of feet into the air. Residents were left without power and clean water.

Also, similarly, recent forest fires across California have caused at leat 85 deaths and thousands were forced to evacuate as their homes were destroyed.

Throughout the world, earthquakes devastated Mexico, Papua New Guinea, Ecuador and recently the Philippine islands. Each of these events caused billions of dollars worth of damage to homes, streets, and buildings and left people without power or access to food and safe water. It is unclear how many died in the Papua New Guinea earthquake, but there were many casualties.The Oaxaca quake in Mexico did not claim any lives directly, but the Philippines quakes left at least 19 dead and many injured..

Perhaps the most damaging disaster in recent history, was the earthquake and resulting tsunami that decimated parts of Indonesia. The death toll was the highest in 2018 with over 1,000 people confirmed dead and tens of thousands reported missing, perhaps due to miscommunication issues before the post earthquake tsunami struck as many were unprepared. The two events did damage to thousands of homes, schools, prisons, communication towers, and a major bridge. People were left without power and clean water and were unable to request aid for some time.

In all of these disaster situations, millions of people were left without clean water. Flooding can leave people without power or running water and municipal water treatment facilities can be put out of commission. After these tragic natural events, surface water sources are saturated with bacteria, viruses, parasites, organic and inorganic chemicals, and sediment that can spread disease and cause illness if consumed. It is imperative that this water is treated as quickly as possible via an emergency water treatment system, as water borne disease will cause additional loss of life. Aside from drinking, people also need clean water for hygiene and cooking as well.

What Methods of Treatment Are Available for Emergency Water Treatment?

Several of these treatment methods include:

Chlorine disinfection – can be used in households due to the availability of chlorine, such as bleach. Very strong disinfectant, but does not remove solids and needs to be dechlorinated before consumption. Can also cause odor and taste changes, and does not kill pathogen such as cysts.

UV disinfection – available in small wands that can be inserted into bottles or pitchers for home use, or used in larger mobile units. A non-chemical disinfectant that won’t leave behind unwanted taste or smell, but is not effective in water with elevated solids levels.

Ion exchange – can be used on a large scale but there are small units available for home use. Great for removing toxic heavy metals, but requires regeneration and is not practical in emergency water treatment applications due to resin fouling issues.

Reverse Osmosis – is available in small systems but they can be expensive. Larger scale systems require a fair bit of energy and are susceptible to immediate membrane fouling due to the contaminant levels in source water used during emergency water treatment applications.

Electrocoagulation – excellent for large scale use. Portable and mobile units are cost effective, and easy to set up and operate. Can remove a wide number of contaminants like bacteria and viruses, suspended solids, organic and inorganic chemicals, and turbidity. Typically, does not require additional chemicals and can be operated via generator or solar power if a conventional power connection is not available.

How can portable or containerized electrocoagulation treatment units best meet the needs of municipalties/governmental agencies for emergency water treatment?

Electrocoagulation can be used as a simple and effective method of water purification in emergency situations. Its ease of operation, and ability to greatly reduce or remove most, if not all common floodwater contaminants makes this technology an ideal method to use after natural disasters strike.

Government agencies at the federal and state level across the US and around the world can strategically prepare and stage these portable or containerized units in disaster prone areas to produce clean water for people who have been displaced or do not have access to clean water in their homes after a disaster event occurs. This approach would avert the high cost, logistics, and landfill considerations of deploying large quantities of bottled water to affected areas.

Genesis Water Technologies portable modular and containerized electrocoagulation units can provide governmental agencies with the ability to stage and deploy these modular treatment resources to affected areas after natural disaster strikes. These systems can be quickly connected to a power source and installed on site.

Additionally, Genesis Water Technologies can support municipalities and government agencies with remote monitoring and maintenance agreement to ensure that these systems are maintained for optimized operation, in so that they are ready to be deployed when the needs arise.

Is your Municipality or Government agency preparing your emergency preparedness plans?

Plan ahead with a strategic solution before natural disaster strikes, as they inevitably will!!

Contact Genesis Water Technologies, Inc. today to learn more about how our emergency water treatment solutions can meet your municipality or governmental agencies disaster preparedness needs at 1-877-267-3699 or send us an inquiry via email at customersupport@genesiswatertech.com and we’ll help you with a sustainable solution to be better prepared to avert a potential crisis!