Menu
You are here: Home / Water Treatment / What is Potable Water and How is it Treated?

What is Potable Water and How is it Treated? 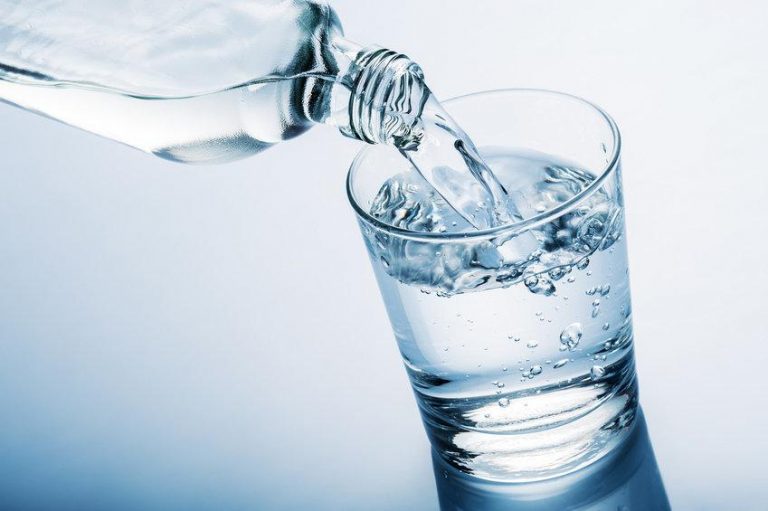 What is potable water?

If you can drink it or cook with it, it’s potable. Potable water is classified by the World Health Organization (WHO) as water that is not contaminated with organic, inorganic, radiological, or microbiological pollutants and does not present any differences in taste, smell, or appearance. A majority of the earth’s population has regular and convenient access to potable water, but that still leaves about a billion people that do not.

A shortage or complete lack of potable water is one facet of the water scarcity epidemic (which you can read more about here). However, it is not just about access to water, period. It’s about not having access to clean water. You could be floating on a barge full of food in the middle of the ocean but you still wouldn’t survive by drinking the seawater.

Even places with plenty of natural water sources don’t have regular and convenient access to potable water. In statistics released in 2015, WHO reported that 2.1 billion people do not have safely managed drinking water services.

This was broken down into:

Those people are much more likely to contract diseases or illness. Contaminated water can contain dozens of pathogens, compounds, and elements that can cause potentially deadly health effects like cancer, organ damage, gastrointestinal issues, and others.

What causes water to become contaminated?

Selected contaminants and their sources are described below. They have been divided into the five categories defined by the World Health Organization (WHO).

Carbon-based compounds such as benzene, carbon tetrachloride, vinyl chloride, trihalomethanes, styrene, and polychlorinated biphenyls among others. These chemicals are commonly used in plastics, synthetic fibers, pesticides, and solvents, so they tend to originate from agricultural runoff and industrial discharge.

Elements and compounds with easier to pronounce names like arsenic and lead. Inorganic compounds include heavy metals, mineral acids, salts, cyanides, sulfates, phosphates, and nitrates. Many of these pollutants actually occur naturally and leach into freshwater sources. Others are used in fertilizers, metal processing, mining, refining, pesticides, and other industrial processes that can run off into surface waters or penetrate through to groundwater.

There are naturally occurring radioactive elements that can enter water sources by absorption from soil or with help from mining operations, mineral sand processing, and fertilizer production. These include isotopes of radium and uranium. Man made radionuclides such as cesium, iodine, and plutonium are used in medical treatments, weapons testing, and energy production. They can be discharged into water sources from hospitals or power facilities.

Bacteria, viruses, parasites, or protozoa typically find their way into the water supply via fecal matter. Wastes from human buildings not connected to sewage systems or untreated discharge from animal processing facilities can find its way into bodies of surface water.

These are pollutants that have been on the radar of organizations like WHO and the EPA for years and decades, but there are some that have been discussed more recently; contaminants that had not been found or considered before and others that did not exist until now. Pharmaceuticals, personal care products, endocrine disrupting compounds, PFAS, and 1,4 dioxane are some such contaminants. These are either expelled from the body, discharged from production facilities, or leached from landfills.

Sources and health effects of some of these and other pollutants can be found here.

How is drinking water treated conventionally?

(including effects of treating with chloramines)

Following pretreatment, chemicals are added to the influent to neutralize the overall positive or negative charge so that the particles no longer repel one another and will begin to coalesce. When gentle mixing is applied to the tank, those small particulates will clump to one another to form floc, some of which will float to the top of the solution. The problem with this is the production of sludge in large volumes due to the added chemicals. On occasion, this sludge can be rather toxic.

The floc formed in the previous step is allowed to settle in the bottom of a tank and the less turbid water passes over a weir in the tank on to the next step.

The effluent from sedimentation is not yet free of particulate matter. To reduce it further, the solution is passed through a filtration system with pores that are small enough that they don’t allow much more than water to pass through. There are a few filter medias that are used, namely sand or paper.

The crucial final step for drinking water treatment is the disinfection of pathogens. Here, strong oxidizers, most commonly chlorine or chloramine, are introduced into the solution. They break down the cell wall of bacteria to kill them and prevent them from replicating. However, these two disinfectants can result in the formation of toxic byproducts that are harmful to people. They can also cause corrosion in pipes and chloramines, as they are formed with ammonia, can also increase nitrification levels.

In response to the disadvantages of conventional drinking water treatment systems, years of research have been put into developing newer, more advanced, more effective & efficient, and more sustainable technology.

For drinking water applications we utilize these solutions in place of certain conventional methods:

Electrocoagulation is a process designed to replace chemical coagulation treatments while electrooxidation is a form of advanced oxidation. Neither of these methods requires chemicals for operation. They utilize electrical potential as the driving force behind their respective reactions.

Advanced oxidation is a tertiary treatment that uses a powerful oxidizer, the hydroxyl radical, to break down micropollutants into non-harmful components. Such contaminants are very difficult to get rid of otherwise, because they are so small. To form the radicals, some combination of ozone, hydrogen peroxide, and ultraviolet light are typically used.

Instead of chlorine, ultraviolet light is used to oxidize the pathogens. The mass-less photons produced from the light source fuel the breakdown of metabolic processes instead of chemicals. UV disinfection does not create toxic byproducts because of this, and it is also more effective if the effluent is free of suspended matter.

Freshwater sources are no longer the only place we can get drinking water from. Desalination systems can take seawater and remove up to 99% of its salts. One of the most popular systems uses reverse osmosis, drawing water through a membrane by way of a pressure difference.

A more refined filtration unit. Using a membrane, these systems can have pore sizes of less than 0.1 microns and therefore, are able to remove some of the finest particles. They make an especially effective pretreatment for RO systems.

Is your community looking for an advanced treatment solution to obtain potable drinking water? Contact the water treatment specialists at Genesis Water Technologies, Inc. at 1-877-267-3699 or reach out to us via email at customersupport@genesiswatertech.com to request an initial consultation to discuss your application.

Previous Post: « What is Water Scarcity and How can Businesses and Municipalities Overcome It!
Next Post: What is the Significance of Pretreatment for Industrial Reverse Osmosis Water Treatment? »