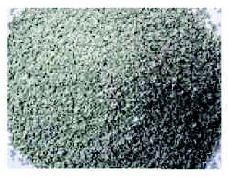 We will start with a brief description the different processes. Coagulation and flocculation is the process of causing the destabilization of suspended particles in suspension and agglomerating them together into large clumps respectively. By doing so, the next stage can occur much more quickly.

Sedimentation/Clarification is what happens when the solid clusters from flocculation gain enough mass that they settle to the bottom of the tank in a liquid/solid separation.

Filtration is the precursor to the final step of disinfection, arguably one of the most important steps because it is what removes most of the suspended solids that shield harmful pathogens that could spread illness and disease. Filtration before disinfection is vital. While sedimentation will deal with a majority of the solids removal, there are still plenty of micron size contaminants left in suspension. Those could be compounds and elements that are toxic to people or leave unpleasant tastes, smells, or color in the water. Not only that, disinfection is reliant on treating water that is fairly free of anything besides pathogens. Disinfectants can be inhibited by certain particulate matter or they can react with certain contaminants that would produce toxic byproducts.

Filtration can be carried out in a number of ways, but one of the most common is through the use of media filters. Sodium Zeolite media has the potential to be an effective filtration media for treating drinking water due to its unique physical properties.

In this article, we will review and analyze just four of the most important benefits sodium zeolite media would have in the utilization within drinking water treatment systems.

Disinfection does kill bacteria so this doesn’t seem like a big deal, but it does help in the disinfection process to have lower bacterial concentrations. In reducing a portion of bacteria from the effluent solution, the dose of disinfectant needed can be reduced. Disinfection is dependent on proper dosing of whichever disinfectant is being used, whether it is chlorine, ozone, or ultraviolet radiation. The dosage amount needed to inactivate an appropriate amount of pathogens increases with the concentration of microbes in the water. It is beneficial for facilities to optimize disinfection dosages to reduce operational costs.

Ammonia and heavy metals are of significant concern in drinking water treatment. Both contaminants are toxic to humans. Coagulation, flocculation, and sedimentation may not be enough to remove them in levels adequate for human consumption. Zeolite, the clinoptilolite form in particular, just so happens to have an affinity for those molecules and will adsorb and retain them within its molecular pores. It can accomplish this, even in the presence of other potential competing ions.

Hardness minerals like calcium and magnesium can cause issues in distribution piping systems if they are present in high enough concentrations. These minerals are not inherently bad. In actuality, having them present in tap water can be beneficial to humans as calcium and magnesium are essential parts of the human diet. However, at a certain point their concentration in the water supply reaches an over saturation point, and begins to precipitate out of solution. This can cause the scale buildup, that people can experience in their homes, which cause clogging pipes and faucets. With proper treatment, the levels of these minerals can be kept to a minimum. Zeolite is also capable of exchanging calcium and magnesium ions in the water, meaning it can double as a softener if it is regenerated with a salt brine solution.

If you have ever turned on a faucet and the water that came out was brown, you may have an iron problem. Similar, to calcium and magnesium, iron is also an important dietary supplement. However, it does not take a very high amount in water to cause color change, and too much iron can cause health risks in humans. Therefore, mitigation of iron levels in drinking water is also needed. Sodium Zeolite is also capable of reducing to some degree, iron levels by way of its absorption and ion exchange properties .

Considering sodium zeolite filtration media for your drinking water filtration application? There are several additional benefits beyond the four benefits indicated in this article. Reach out to one of our qualified water treatment experts at Genesis Water Technologies, Inc. at 1-877-267-3699 within the USA or connect with us via email at customersupport@genesiswatertech.com for more information or to discuss your specific application.